The Morrow Dam is an 800-kilowatt hydroelectric generating station located on the Kalamazoo River near the town of Comstock, Michigan. The facility is equipped with four horizontal rim-drive turbine-generator units. The facility produces more than 4 million kilowatt-hours of hydro energy in a typical year. The Morrow facility was commissioned in 1985 and operates under an Exemption from the Federal Energy Regulatory Commission (FERC Project No. 9000) that was issued in 1985. Morrow Dam is owned by STS Hydropower and is operated by Eagle Creek Renewable Energy. 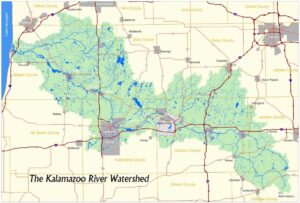 2019 Morrow Dam Drawdown and its Impact on the Kalamazoo River

On October 31, 2019 – Federal and State regulatory authorities were notified by STS Hydropower/Eagle Creek Renewable Energy of the need to conduct a complete (10-14ft) drawdown of the dam reservoir (known as Morrow Lake). According to STS/ECRE, a recent dam inspection (October 2019) had identified that the dam’s Tainter Gates (spill gates) were in need of emergency repair and the draw down was necessary to relieve pressure on the gates until such repairs could be made. STS/ECRE sited dam safety concerns as the reason for the emergency declaration, despite the gate deficiencies being identified over two years prior.  While STS has enacted some mitigative measures, the lack of a planned approach for dam repair has resulted in short-term and potentially long-term impacts to the Kalamazoo River.

The repair process was initially expected to take four months with re-impoundment occurring in March 2020.

In May 2020 – State agencies were notified by STS/ECRE that the gates could not be repaired and instead needed to be replaced, requiring new fabrication, and the reservoir would remain in the drawn down condition until December 31, 2020.

On July 8, 2020 – Michigan Department of Environment, Great Lakes & Energy (EGLE) issued a Violation Notice to STS/ECRE. Following this notice STS/ECRE implemented some mitigation efforts to stem to the downstream movement of sediments from the reservoir. Mitigation measures included installation of sediment curtains and seeding of exposed bottom lands to provide stabilization and prevent further erosion.

On September 16,2020 – EGLE issued a second Violation Notice to STS/ECRE. The purpose of this notice letter is to notify Eagle Creek Renewable Energy (ECRE) of continued violations of Part 31, Water Resources Protection, of the Natural Resources and Environmental Protection Act, (NREPA), Part 301, Inland Lakes and Streams, of the NRPEA and Part 303, Wetlands Protection, of the NREPA ; to inform ECRE of its obligations under Part 201, Environmental Remediation; and to identify actions necessary to address ongoing violations and immediately reduce downstream turbidity resulting from the extended drawdown at the Morrow Dam.

In December 2020 – The Tainter Gates were replaced, and the 6-week process of refilling reservoir began.  The reservoir was return to its normal operating level on January 12, 2021.

On February 9, 2021 – STS/ECRE submitted a Phase 1 Investigative Report (produced by AECOM) to EGLE.

In March 2021 – STS/ECRE began a dredging project to remove sediment from an oxbow feature of the Kalamazoo River near South Wenke Park (immediately downstream of the Morrow Dam).  STS/ECRE will be removing approximately 3,000 cubic yards of sediment from the oxbow area. 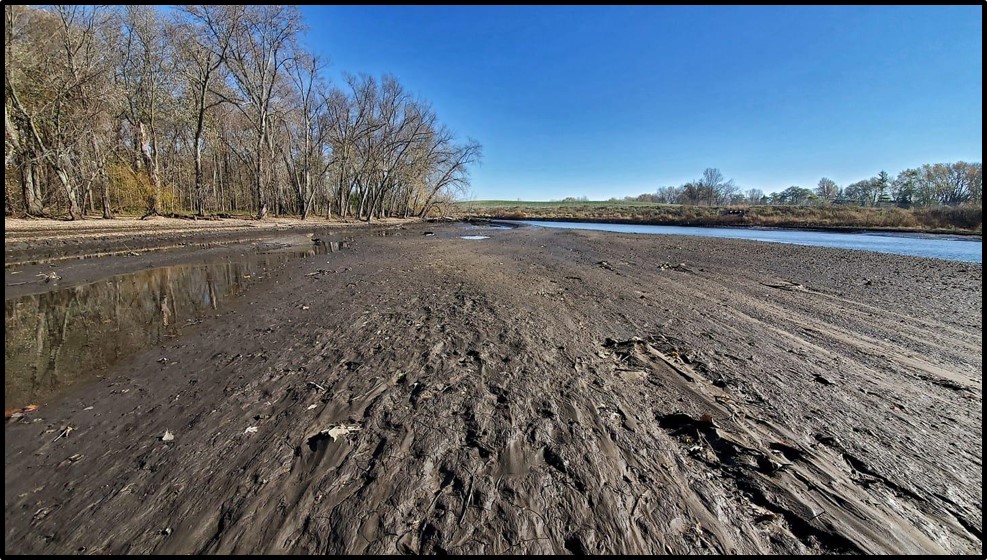 More than a year of drawdown…

After more than a year of drawdown, the Morrow Dam reservoir was refilled (December 2020) to its normal maintained reservoir elevation of 776.0 feet.  Now begins the process of assessing remediation and restoration needs in the areas downstream of the dam that are impacted by excessive sediment deposits. It is estimated that 369,000 cubic yards of sediments have been deposited downstream of the dam. To put that in perspective, a typical dump truck can carry 10 to 14 cubic yards.

Dredging has begun in an oxbow located near Merrill Park in Comstock (immediately downstream of the dam). It is expected that 3,000 to 4,000 cubic yards of sediment will be removed from this location.  A limited scope, limited impact in the overall cleanup scheme. 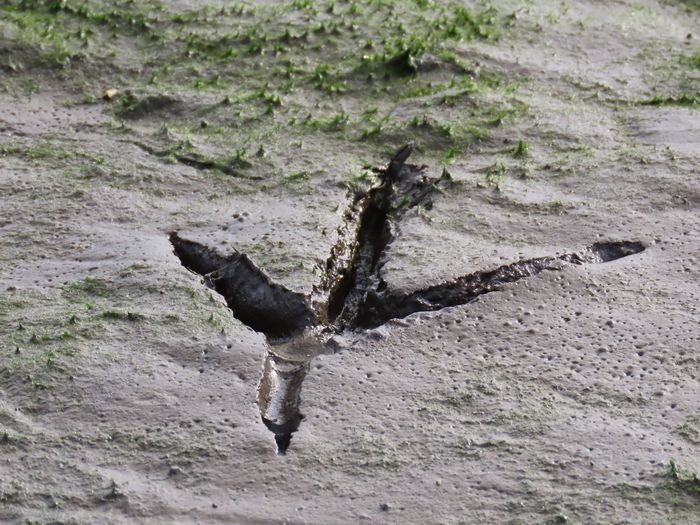 It’s just sediment, right? As far as we know the sediments have been tested and are not showing pollutant contamination above action levels in most cases. But the sediments themselves, are damaging miles of river habitat. Entire stretches of river bottom and banks are covered with sediment, in some places10+ feet deep. These sediments are impacting fish spawning (for two spawning seasons thus far), impacting life cycles of all aquatic life, and in some cases killing river wildlife such as macroinvertebrates, mussels, turtles, fish, etc. People have reported other wildlife including deer being trapped in the deep sediments. The excessively turbid waters caused by sediment suspension is not a healthy environment for the wild life that lives there.  According to local anglers, the number of fish being caught in this area been dramatically reduced. The river, doing what rivers do, is moving these sediments downstream which means that additional habitat will be negatively impacted. 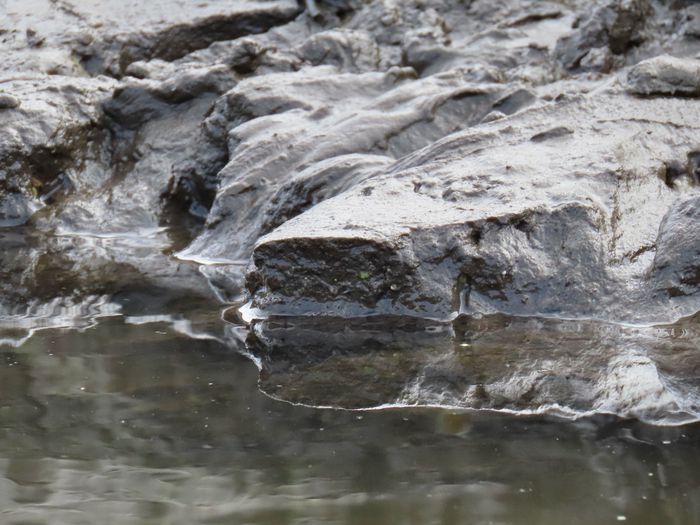 What can you do?

Stay informed, understand why it matters, convey your concerns to your regional regulatory officials at the Mi Department of Environment, Great Lakes & Energy (EGLE) and also to the responsible party (STS Hydropower/Eagle Creek Renewable Energy).